Tabatha Heart’s first self published book! Currently on Amazon got $.99!

A short contemporary story that takes place in Colorful Colorado.

Love is in the air.

Unfortunately for Miles it ‘s suffocating. He hides behind his work trying to forget how lonely his life turned out. He is deep in the closet afraid that his brother will discover that he is gay.

That’s when his brother invites him on a cabin trip to Colorado, a chance to get away from work and maybe learn to relax. Little does he know that he is about to meet a gorgeous man who will turn his world upside down. Can he stay in the closet where his way of life is safe? Or will he fall for a man who will change his life forever?

This is a short story of two gay men in a sweet romance.

I wanted to take a moment and let everyone know that my first co-authored novel was released to the world!

I got to work with the wonderful author Caitlin Ricci.

Take a moment to read the blurb and you can pick up a copy at the following links:

Stealing a unicorn, the most potent source of magic in the world, was not part of Dante’s plan. But neither was falling in love.

As a poor farmer, Dante can’t afford the cures that would bring his brother back from the death-like sleep that has claimed him, but when his sister finds a healer in town, one who promises to help, his family is overjoyed. Naturally cautious, Dante hopes they don’t put too much faith in a stranger, but he is unwilling to turn his back on the chance for his brother to be well again either.
The healer requires very little from them, a family heirloom and as much nightshade as Dante can carry. Though he questions why a healer would need such a poisonous plant, he is far more concerned with saving his brother. When he brings them to the healer’s home, he finds a black unicorn that has been enslaved by the healer.
Aleon is distrustful of people, and with good reason. As the dark mage’s captive, he has endured only torture and pain since he was a child. The mage uses shavings of his horn to heal others, and it is a brutal experience for Aleon. When Dante offers him a way of escape, Aleon is wary, but trusting someone new, or staying a slave until he is killed, isn’t a choice he can afford to let slip away.
With Dante, Aleon begins to understand that he is safe, and possibly even loved, but when the dark mage realizes his unicorn has been stolen, their lives are ripped apart in his rage to get Aleon back. Staying together, and keeping his family safe, is all Dante wants, but it might be a hopeless dream when a world of magic and darkness rises up against him and he’s forced to make a choice between the man he loves and the family he wants to save.

Also, please leave a review at any of the sites you can purchase or below in the comments. I would love to hear what you think!

Here are the events for M/M paranormal romance authors and releases coming up for the week of February 25th-March 3rd.

Bailey Bradford-Weekly contest for 10 ARe bucks at baileysplayroom. To enter, comment on any of her posts or send her an e-mail at itsbaileybradford@yahoo.com. Contest resets every Tuesday so you can re-enter every week.

The Jeep Diva List of Giveaways and Blog Hops

Total-E-Bound Publishing-Pre-Order any book marked “Buy Now, Read Now” and read it Today – up to 4 weeks ahead of the official release date !!

Life Happens! All release dates are subject to change.

Authors and Publishers: Please let me know any events or book releases you have coming up and I will be happy to add the information to my blog! Please send me any information at Ask Me Anything

The Little Crow by Caitlin Ricci is out and available at Smashwords, All Romance, and Amazon!

Smashwords | Amazon | All Romance ARe 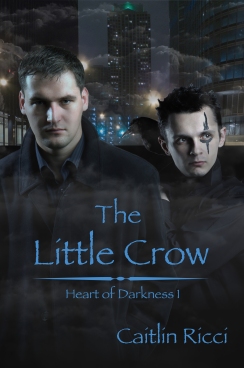 Blurb: Detective Jamison Landry knew his job was never going to be easy. He’s dealt with the worst criminals imaginable and believes in his work and the community he serves. But he’s never met someone like Mal before. The mysterious man keeps him guessing, both confuses and excites him and Jamison isn’t sure how he feels about him. Things turn from unusual to downright strange when people start insisting Mal isn’t quite human. And Jamison’s creepy dreams of crows and graveyards don’t make things any better for him. Will Mal stay around long enough for Jamison to figure out his secrets or will this stranger leave him wanting more?

An author in the making.

Come Write With Us

Romance Novels for the Beach

Find out which sexy books to bring with you, or leave behind, on your next beach vacation.